On August 27, 2012, the American Academy of Pediatrics (AAP) released a new Policy on Circumcision (1)

According to the NEW AAP policy: “…the health benefits of newborn male circumcision outweigh the risks…” The specific benefits identified included prevention of urinary tract infections, penile cancer, and transmission of some sexually transmitted infections, including HIV.” 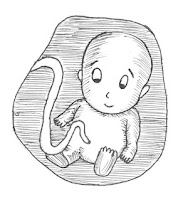 In the 1980’s, newborn circumcision was performed on more than 80% of all newborns. Now the rate is down to about 55%. One major reason for the large drop was the widely distributed and publicized policy, released in March 1999 from the American Academy of Pediatrics. At that time, according to the AAP, the risks of circumcision did not justify the benefits.

Thus, even in 1999, the AAP acknowledged that there were benefits to newborn circumcision, but they felt that the decision was not really a medical one since there were also minor risks. This took the medical profession out of the decision-making process. Parents were told that they had to choose or not choose the procedure based on other factors such as cultural, religious or personal preference.

What are the benefits of newborn circumcision?

Recent studies (2) have confirmed that circumcised newborn males are less prone to urinary tract infections (UTI’s) infections during their first year of life. A UTI occurs in 1% of all uncircumcised male children under age 1 and the reduction of UTI was from 3-10 fold in circumcised males (from 14 in 1000 to 2 in 1000).

What about the risks of the procedure?

A common reason given not to perform a circumcision was concern about future diminished sexual sensation in circumcised males. This is not easy to study, but in a review of the literature (according to the NEW AAP policy): “There is fair evidence that no significant  difference exists between circumcised and uncircumcised men in terms of sexual function.”

The rate of complications of this minor procedure is quite low, on the order of 1 in 500 procedures. Bleeding, the most common complication, is usually very minor and easily treated. The rate of serious complications, such as penile injury, was less than 1 in 2,500 cases.

The AAP did not go so far as to advocate that all newborn males should have a routine newborn circumcision. But, the new policy is a significant change in direction for the organization and thus for the medical profession as well.

What about pain medication?

For many years, the policy has been to use some type of injectable pain medication such as lidocaine during newborn circumcision. The NEW policy supports this as well.

Newborn circumcision is a safe procedure. It can be performed quickly and nearly painlessly, normally taking place in the hospital soon after birth. There are proven benefits to newborn circumcision and when compared to the rare risks, we feel that these benefits outweigh the risks. We therefore advise our patients to strongly consider having their newborn males circumcised.